Ocean acidification (OA) refers to the change in ocean chemistry caused by increasing concentrations of anthropogenic carbon dioxide (CO2) in the atmosphere. OA often co-occurs with hypoxia, which are conditions of low dissolved oxygen in marine systems.

OA in the Pacific Northwest

In 2020, the MWEEs by the Sea project held a one-hour webinar for educators focused on the problem of Ocean Acidification (OA). Participants heard from NOAA researchers about the causes and impacts of OA, learned about Oregon's OAH Council, and were presented with an overview of a new OA high school curriculum from Oregon Sea Grant. The session ended with a period of Q&A.

NOAA Data in the Classroom

Data in the Classroom 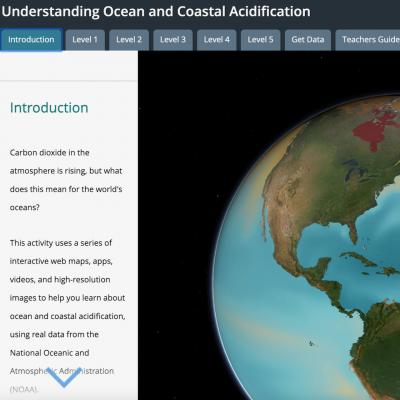 Use NOAA's Data in the Classroom lessons to engage high school students with real-time ocean data. Updated in 2019, the new Data in the Classroom website includes interactive web maps, apps, videos, and high-resolution images.  The curriculum includes five unit topics, teacher guides, student worksheets, and mapping tools so that students can "get data".

The Understanding Ocean & Coastal Acidification unit consists of five lesson levels that help students use NOAA data to understand patterns in ocean pH levels and impacts of OA. Lessons begin with basic graph interpretation and build towards activities that challenge students to ask questions and develop their own data investigations. 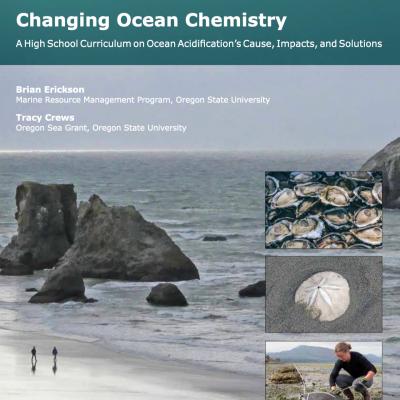 In 2019, Oregon Sea Grant published a new high school curriculum based on OA's causes, impacts, and solutions, based on a comprehensive review of  existing OA lessons available. The resulting curriculum contains the best lessons available and attempts to fill two gaps identified by the research review. The lessons move beyond the typical focus of shell dissolution as an impact, and incorporates activities where students can work on solutions to the OA problem.

Bromothymol blue (BTB) is a pH indicator that is often used to detect the effects of carbonic acid in water. After adding a few drops of 4% BTB to otherwise clear water, the liquid will remain blue when the pH is alkaline (near 7.6). If the pH of the water is closer to 6.0, then the liquid will turn yellow. During the transition to or from alkaline and acidic solutions, the water appears as a greenish color. The visual effect of the water changing color is fun and engaging for learners of all ages.

In the most basic set-up, BTB can be used to demonstrate to students that:

More explanation and procedures for demonstration is detailed in the NOAA Ocean Explorer lesson below. In short, after adding a few drops of BTB to a cup of water, one notices the color of the water (blue). After exhaling through a straw into the water, thus bubbling CO2 into the solution, one observes the water color change to yellow.

The Northwest Association of Networked Ocean Observing Systems (NANOOS) created a lesson to help students use the NANOOS Visualization System to understand processes surrounding upwelling and downwelling off the coast of Oregon and Washington. At the end, students are challenged to explore the role of upwelling in ocean acidification and coastal hypoxia.

Measuring pH and DO 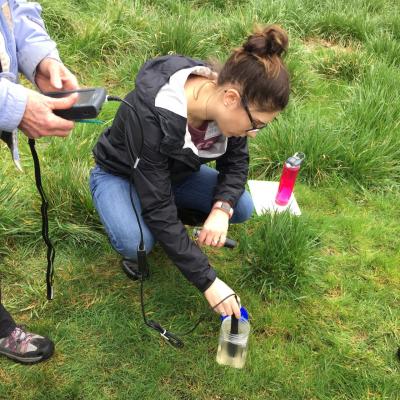 Students can collect their own measurements of pH and dissolved oxygen (DO) in aquatic and marine environments to help characterize water quality in the watershed. Visit the Streamwebs website for water quality tutorials, data sheets, and watersehd investigation curriculum. Students can also upload their data into the platform and visual their results and the findings of other students throughout the state.

Equipment
Oregon Coast educators can borrow Venier equipment and other field supplies no cost for up to two weeks from any of the Oregon Coast STEM Hub resource trailers. Some trailers have OA Kits from Streamwebs, as well.

Salmon Watch Videos
in 2020, the Oregon Department of Fish and Wildlife began creating videos to take the place of salmon-focused watershed field trips which had been interrupted by the COVID-19 pandemic. In the water quality video, a presenter demonstrates how to measure physical and chemical characteristics of an inland stream (temperature, turbidity, dissolved oxygen, and pH).

Find more resources on the MWEEs by the Sea Water Quality page. 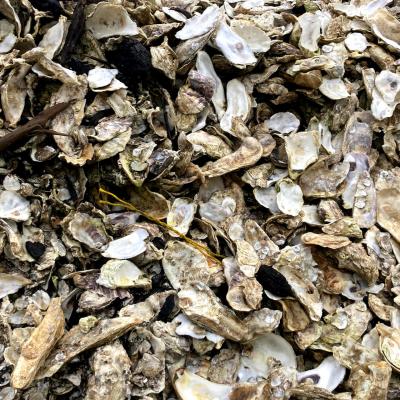 Setting up an Industry Tour (limited during COVID-19)

Ocean Acidification and Hypoxia in Oregon

Ocean Acidification and Hypoxia in Washington 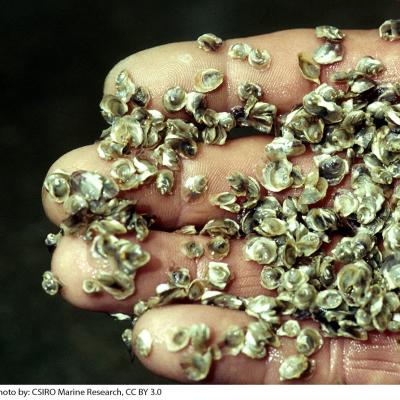 The Oregon Marine Scientist and Educator Alliance (ORSEA) lesson Oyster Larvae Catastrophe was created by scientist/teacher teams and piloted in middle school classrooms on the Oregon coast. The project based learning lesson is centered around the driving question "What caused the oyster larvae die off, and what can we do?" 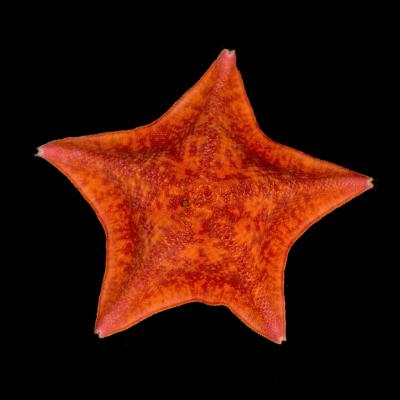 The Oregon Marine Scientist and Educator Alliance (ORSEA) lesson Geometry of Marine Invertebrates was created by scientist/teacher teams and piloted in a middle school classroom on the Oregon coast. The project based learning lesson is centered around the driving question "How does the surface area to volume ratio affect the ability of marine invertebrates to obtain oxygen?" The answer may help scientists understand how different marine invertebrates respond to hypoxic events. 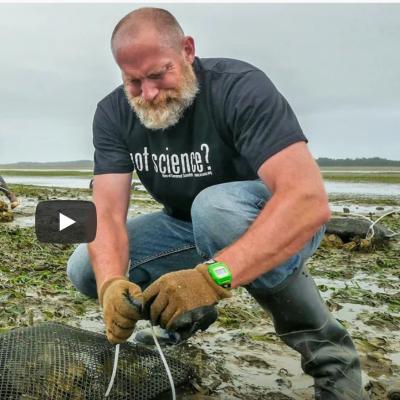 This Careers in Science Investigations (CSI) webinar from Oregon Sea Grant features George Waldbusser, a biogeochemist at Oregon State University who studies how carbon dioxide is changing the chemistry of the ocean and affecting shellfish, including oysters and pink shrimp. CSI webinars are designed for students in high school, and presenters talk the work they do, how they arrived at their marine science career, and what advice they have for students who may be interested in pursuing a marine science career. Read more * Watch Video 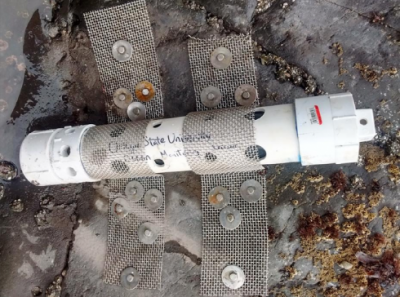